Photoshoot of Gremlin and JTR

Today we took a few pictures of our Malay roosters.
This is GREMLIN 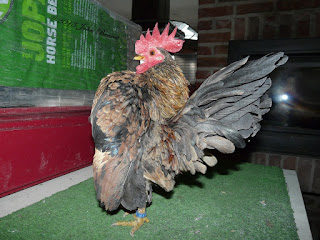 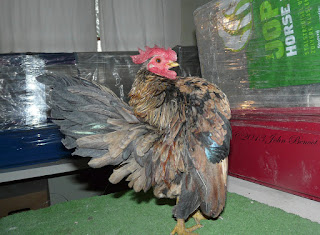 And also another update on our favorite JACK THE RIPPER 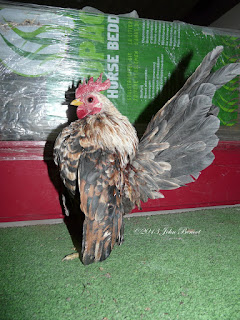 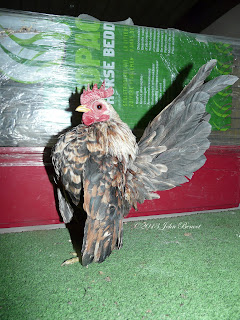 It's so funny thinking about a theory when ugly parents have beautiful children and would the theory work visa versa too? It sure does in the chicken would. This theory really counts for the halfblood project. In fact it is proven that outcrossing the "so called european serama" with Malay Serama a huge improvement occurs.
For example:
It's incredible how the little horrible looking mother (named Kelly) left in the picture below produces such nice offspring. The reason why i used Kelly to breed with was because she is very upright when natural behaving. Another feature why i like her is for her long neck. Also nice yellow colored shanks. She is short feathered and is and may be concidered as a slim type. Even for her very small size she is laying rather big eggs. It's hard to believe that such a small bird can produce such huge eggs. More...she is split for silkied. All in all, i just had to use her.
Father is a short feathered Malay roo. Which i call Durando. 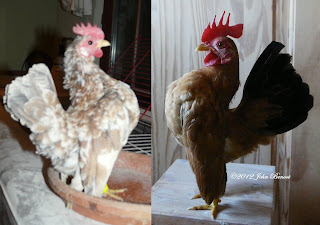 Next picture is their daughter which is so upright that she looks like a Ko Shamo. 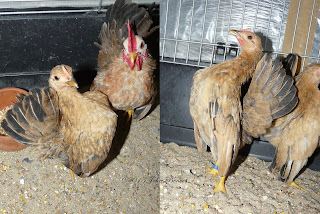 And what happens when mating Kelly to another malay roo?
Here we see Kelly and Jack the Ripper with offspring in the lower pictures. 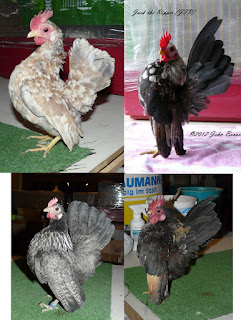